Gilles Jobin has been internationally known since his first choreography for three dancers A+B=X created in 1997 at Arsenic in Lausanne, and presented two years later at Montpellier Danse Festival. He then moved to London and premiered Macrocosm at the Place Theater.

In 2002, he produced Under Construction at the Schaubühne in Berlin.

In 2003, Gilles Jobin surprised again by accepting a commission from the Ballet du Grand Théâtre in Geneva and created TWO-THOUSAND-AND-THREE for twenty-one dancers.

In 2004, he created Delicado for the Gulbenkian Ballet. In march 2005, he created Steak House.

In 2006, he became associated artist of Bonlieu Scène nationale Annecy in France where he premiered his following productions Double Deux (2006), Text To Speech (2008), Black Swan (2009) and Le Chaînon Manquant - The Missing Link (2010), Spider Galaxies (2011) – a piece in which he redefines movement with the support of an impressive iconographic data base.

In 2011, he restaged A+B=X with new performers. By the end of the same year, following a proposal of David Greilsammer and The Geneva Chamber Orchestra, he creates his first piece using an existing music. A trio performed accompanied by a string septet interpreting live John Adams’s Shaker Loops, which was previewed at La Gaîté lyrique in Paris and premeried in Geneva for L’OCG opening season at BFM.

In March 2012 he was awarded the first Collide@CERN-Geneva prize in Dance and Performance for his proposal to explore through interventions and dance the relationship between mind and body at the world’s largest particle physics laboratory.

In 2013, he created PROTOKIDS at La Batie Festival in Geneva for nine young dancers of Cie Virevolte Manon Hotte. He also produced QUANTUM, a piece for six dancers. QUANTUM has received the support of the Fondation d’entreprise Hermès for the collaboration between Gilles Jobin and visual artist Julius von Bismarck whose installation Versuch Unter Kreisen is the light and scenography device. Writing of the storyboard of Womb, a 3d dance film by Gilles Jobin, artistic direction Sylvie Fleury, music Franz Treichler and costumes Jean-Paul Lespagnard.

In 2015, Gilles Jobin receives this year’s Swiss Grand Award for Dance for his contribution to the development of contemporary dance. The award was presented by Federal Councillor Alain Berset at the Théâtre Equilibre in Fribourg. On the recommendation of the Federal Dance Jury, the Federal Office of Culture (FOC) recognises the work of Gilles Jobin, a Swiss choreographer whose uncompromising vision has helped to shape contemporary dance for two decades and revolutionised it both in Switzerland and far beyond.

Besides his own productions, Gilles Jobin has made of his company, and his headquarters, the Studios 44 in Geneva, a pioneering place for the recognition of contemporary dance in Switzerland, international professional exchanges, daily training for dancers, educational activities and capacity building, workshops, artistic residencies, as well as projects with countries from the Southern hemisphere. 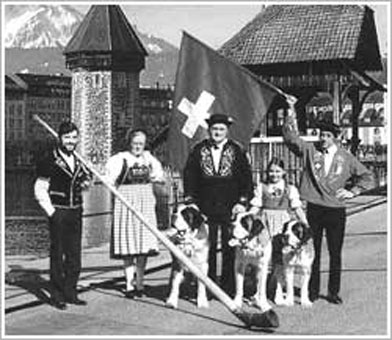